The revolution and segregation of Big Data in the modern era? 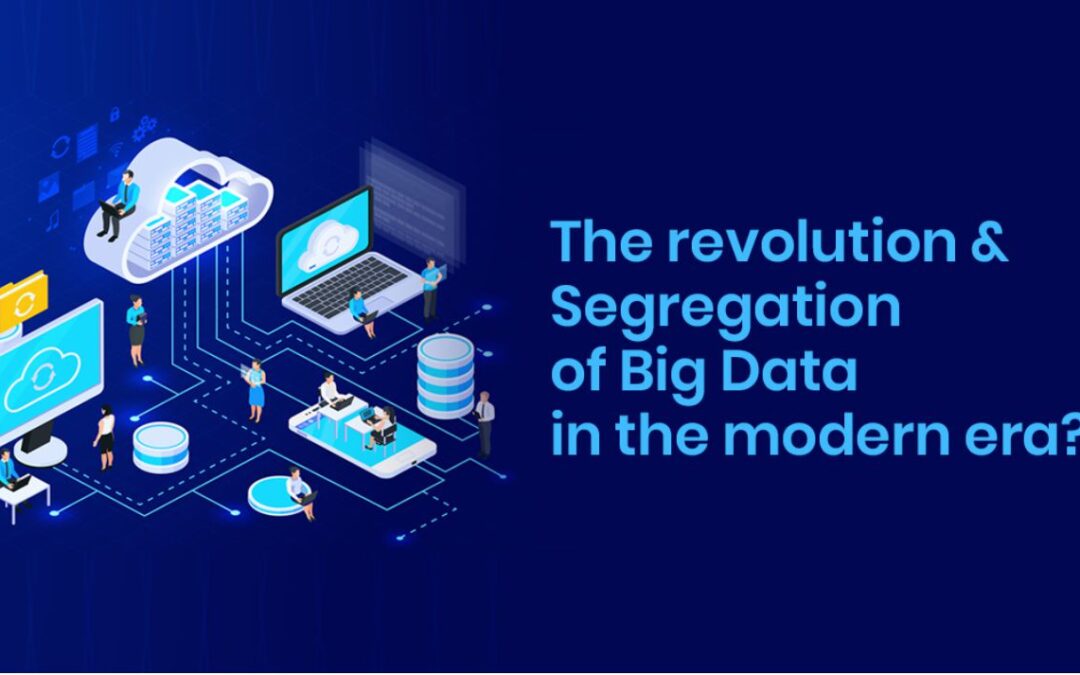 Catering on-demand video services involves handling large amount of data, which was previously stored as gigabytes of data onto an optical disc. Big data uses the whole spectrum of data available as it transforms meeting organisational goals and service. A two-way communicationover a conventional broadcast. The data helps the company identify who is watching what,when and where. Modern systems can cross-indexmeasures of a viewer’s interests, along with their feedback. As viewers we see the outcome of this analysis as per the recommendations Netflixmakes, and sometimes they seem odd, because the system are attempting to predict thelikes and dislikes of a individual in particular. The ability to understand the potential audience for a new series of Sacred games 2 depends on big data but that’s not the only way. Judiciously using data for instance, different trailers for the series could be made available to different segments of audience.

Big data is not all about business, though, it has the potential to understand customers and their behaviors and preferences, animate a still photograph, perform diagnostic analysis, predictive analysis, prescriptive analysis, monitor responses of a campaigns and find out segments which respond most and least. These analysis are pivotal for running a business.

Don’t doubt it – big data is here to stay, making it essential to understand both the benefits and the risks.

Data ever since had been a backbone of civilization, as it evolved in the 17th and 18th Century but was restricted by the narrow scope of data available. Now it’s readily available and opening up a new world.

Tech giants like Amazon, Inc., a Seattle, Washington-based, the largest e-commerce marketplace and cloud computing platform in the world uses big data to identify personal interest by what a customer
previously likes specifically items which a user potentially might want to buy.

Amazon’s version of big data can be described in terms of data management challenges that – due to increasing volume, velocity and variety of data – cannot be solved with traditional databases. As the column says the important concept is commonly known as “three V’s” of big data.

Volume: Ranges from terabytes to petabytes of data
Variety: Includes data from a wide range of sources and formats (e.g.
web logs, social media interactions, ecommerce and online transactions, financial transactions, etc)
Velocity: Increasingly, businesses have stringent requirements from the time data is generated, to the time actionable insights are delivered to the users. Therefore, data needs to be collected, stored, processed, and
analyzed within relatively short windows – ranging from daily to real-time

Amazon boasts with different tools which itself addresses the entire data management cycle, big data technologies make it feasible, not only to collect and store larger datasets, but also to analyze them in order according to data flow.

Collect. Collecting the raw data – transactions, logs, mobile devices and more – is the first challenge many organizations face when dealing with big data. A good big data platform makes this step easier, allowing developers to ingest a wide variety of data – from structured to unstructured – at any speed – from real-time to batch.

Store. Any big data platform needs a secure, scalable, and durable repository to store data prior or even after processing tasks. Depending on your specific requirements, you may also need temporary stores for data in-transit.

Process & Analyze. This is the step where data is transformed from its raw state into a consumable format – usually by means of sorting, aggregating, joining and even performing more advanced functions and algorithms. The resulting data sets are then stored for further processing or made available for consumption via business intelligence and data visualization tools.

Consume & Visualize. Big data is all about getting high value, actionable insights from your data assets. Ideally, data is made available to stakeholders through self-service business intelligence and agile data visualization tools that allow for fast and easy exploration of datasets. Depending on the type of analytics, end-users may also consume the resulting data in the form of statistical “predictions” – in the case of predictive analytics – or recommended actions – in the case of prescriptive analytics.

As per sources there have been, more data created in the past two years than in the entire previous history of the human race.

1. Worldwide Big Data market revenues for software and services are projected to increase from $42B in 2018 to $103B in 2027, attaining a Compound Annual Growth Rate (CAGR) of 10.48% according to Wikibon.

2. Data is growing faster and there have been a rapid growth of about 1.7 megabytes of new information created every second per human being on the planet.
3. In Aug 2015, over 1 billion people used Facebook in a single day.
4. By 2020, we will have over 6.1 billion smartphone users globally.
5. By 2020, at least a third of all data will pass through the cloud

6. The Hadoop market is forecast to grow at a compound annual growth rate 58% surpassing $1 billion by 2020.
7. Retailers who leverage the full power of big data could increase their operating margins by as much as 60%.
8. Estimates suggest that by better integrating big data, healthcare could save as much as $300 billion a year — that’s equal to reducing costs by $1000 a year for every man, woman, and child.
9. According to Dell Technologies, the introduction of 5G networks will have us “livin’ on the edge,”